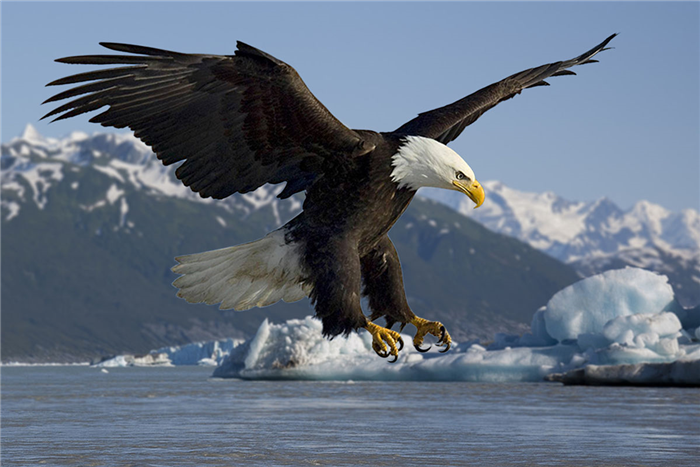 In that same office, where I sat a couple of months ago distracted and inspired by a lone bald eagle soaring on the wind currents, I have spent countless hours over the last twenty plus years listening to stories of life. I am thankful for my patients and their families. It is a privilege to be, in some small way, a part of your story. You have taught me well. One of the things I have learned is that “identity”, answering the question, “Who am I?” or “Who am I suppose to be?” is a central theme in our life stories.

The lone bald eagle soaring on the wind currents which spoke to us about “independent verses dependent freedom” also has something to say about “identity.” As I watched the eagle soar for five to ten minutes without flapping its wings, I realized it was experiencing the expectancy and responsiveness of dependent freedom. She was completely free to float, flow, and move, yet totally dependent on the wind currents all around her. In that sacred space of air and wind, feathers and wings, I suggested last time that our eagle was experiencing the relational truth of dependent freedom.

Let us imagine for a moment, that what we were witnessing was our eagle’s first flight. I would now suggest that in the relationship of air and wind, feathers and wings, she was experiencing two other relational truths. The first being the truth of who he is, and the second, the truth of the wind in which he “lives and moves and has his being.” Acts 17:27-28 (As a side note that we might discuss in the future, these are relational truths, and not what some would consider relative truths.)

We are much the same. As we see the sacredness of the space in which we “live and move and have our being,” we realize that we are immersed in the presence of God the Father, the Son and the Holy Spirit. As our eyes are open to the truth of this dependent freedom, not only do we see God’s presence more clearly, but we also see ourselves more clearly. We begin to realize who we are, who we were created to be. When we embrace dependent freedom, not only do we soar, but we more deeply realize we were made to soar. For many, dependent freedom feels like a loss of identity or giving up your unique self. (Another topic we may address in the future.) But, independent freedom is like watching an eagle spend its whole life on the ground. In an attempt to be independent, in reality, that eagle becomes a slave to gravity and never realizes who he truly is. Independent freedom is a false hope that results in dependent slavery. Dependent freedom helps us see who we are and in whom “we live and move and have our being.”

May you dance with the wind as you explore all of who you are and who God is in the dependent freedom of sacred space.